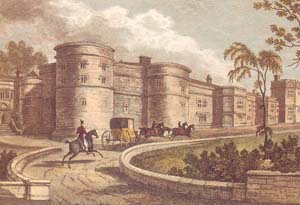 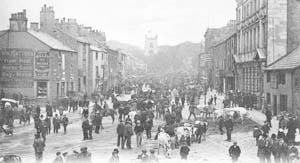 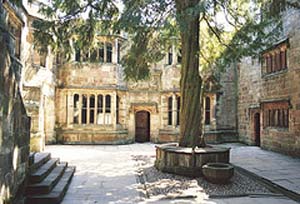 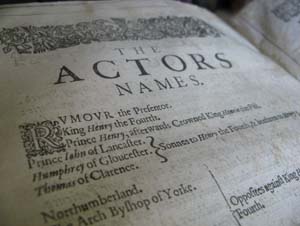 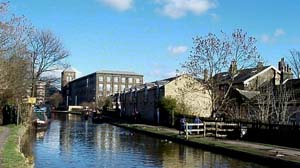 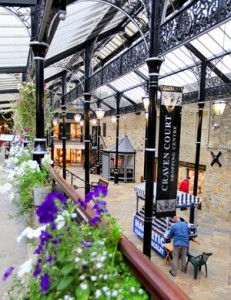 The small market town of Skipton in North Yorkshire, has been around as far back as the 1085 and was previously known as Sheep Town and Sheepton in later date and eventually Skipton. It is listed in the Domesday Book compiled in 1085 by William the 1st, and has roles in history during the English Civil War.

Soon after 1090 Robert de Romille, a Norman baron, built a primitive fort in Skipton but its timber ramparts did little to stop rampaging Scots during their frequent raids into northern England. It was replaced with a more formidable stone castle which stood on top of a rocky bluff with rising ground to the front and a sheer precipice falling to the Eller Beck behind.

During the English Civil War, a Royalist garrison was situated at Skipton Castle, under the command of Sir John Mallory. It was the last remaining Royalist stronghold in North England until its honourable surrender on 20 December 1645 after a three-year siege. Lady Anne Clifford meticulously restored Skipton Castle after the Civil War.

Before the Leeds Liverpool Canal was proposed, there was great demand for better transport facilities. Bingley was a centre for the lime trade, and in 1740 Messrs Mawd & Lister of Bingley were selling over 23,000 horse-loads a year of lime. Their locally-quarried supply was dwindling, and they were keen to transport lime from Skipton. Accordingly a petition was made to parliament in 1744 for a Bill to make the River Aire navigable between Bingley and Skipton. The Bill was opposed by Lord Thanet and failed.

The Act of 1770 received Royal Assent in May. The construction of the Leeds-Liverpool Canal began almost immediately, and a contract was issued to a John Tickle to arrange the digging from Bingley to Skipton. It seems that there were problems with progress, and in 1772 an order was issued that each contractor in future would be issued a contract for only a one mile stretch of construction.

In 1816 Britain’s longest inland waterway (127 miles) was opened. The Leeds-Liverpool Canal took 46 years to build, and finally came in at five times the original budget (nothing new there). The first part to open was the lock-free section from Skipton to Bingley, in 1773. The canal was busy all through the nineteenth century and carried stone, coal, wool, cotton, limestone, grain, and other goods. By the 1906 the Leeds Liverpool Canal carried 2,337,401 tons of cargo for that most necessary convenience of life, which is a recent instance, among other, of the great use of canals in general. On which occasion the bells were set ringing at Skipton; there were also bonfires, illuminations, and other demonstrations of joy.”

Skipton boomed during the Industrial Revolution, as it lay on the Leeds-Liverpool Canal, between the major cities of Leeds and Liverpool. Many mills sprung up, including:

The post-war years have seen the decline of the textile industry throughout the country and Skipton has shown no exception to this trend. In 1945 there were some seven or eight factories, some operating as individual companies, others offering looms and power to smaller concerns. The close proximity of that geological phenomena the “Craven Fault” provides viable facilities for extensive sandstone and limestone quarrying in the area and current road works support some continued activity in this sphere. Skipton, however, continues to prosper, situated at a junction for all forms of transport; it is recognized as the “Capital of Craven” and the “Gateway to the Dales”, a centre for trade and tourism. The villages of Gargrave, Bradley, Cross Hills, Sutton, Carleton, Embsay, Draughton, Marton, Kildwick, Farnhill and Bolton Abbey are all part of Craven and enjoy a close association with the larger town. Each have their own individual traditions and characteristics, and would each warrant, and adequately reward, an hour or two of further investigation.
Nowadays, Skipton is a majorcommercial and shopping centre, with its colourful market 4 days a week and a variety of interesting pubs and eating places.

Within a short distance of Skipton are the many attractions and the scenic delights of the Yorkshire Dales.